Title : Racial/Ethnic disparities in the alzheimer's disease link with heart disease and stroke, based on hawaii medicare population

Background: There is an expanding body of literature implicating heart disease and stroke as a risk factor for Alzheimer disease (AD), highlighting significant pathways. Hawaii state has the most diverse ethnic population in the US and there exists significant racial health disparities. E.g., Native Hawaiians and Pacific Islanders (NHPI) are widely known as a high-risk group for variety of conditions, including cardiovascular conditions. We explored the association of heart disease and stroke on AD development based on on the Hawaii Medicare data, focusing on racial disparities on this link.

Conclusions: This study shows an increased risk of developing AD among subjects who developed AF, AMI, CHD, IHD and stroke conditions, showing a progressive disease relationship. There exist significant racial ethnic disparities within the link of heart disease and stroke to AD, while looking at the Hawaii population. NHPIs with poor SE status seems to be mostly disadvantaged by the heart/stroke and AD link compared to Whites and Asians. 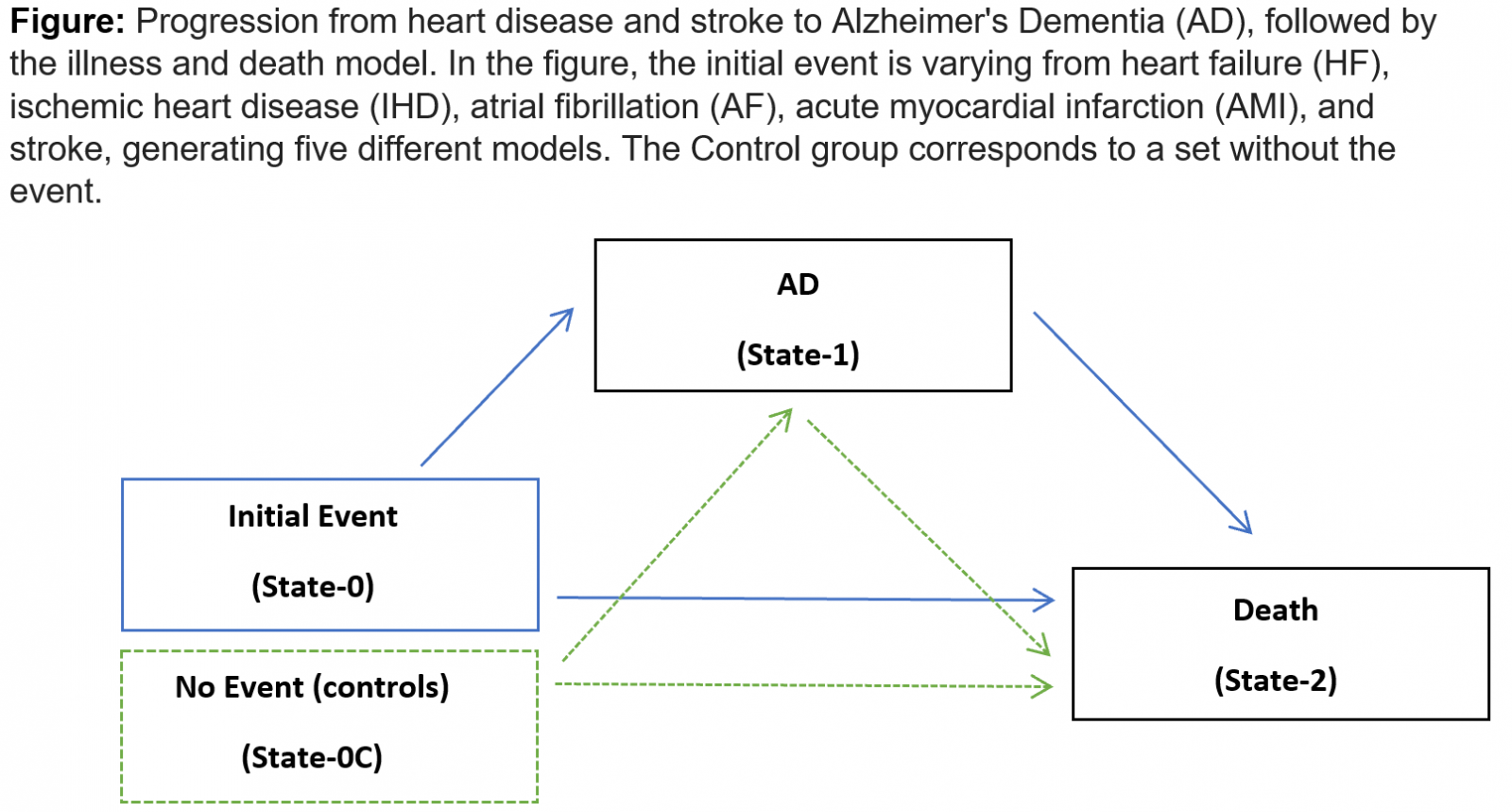 Dr. Siriwardhana works as an Assistant Professor in Biostatistics at the Department of Quantitative Health Sciences, University of Hawaii. He received a Ph.D. degree in Biostatistics in 2016, from the University of Louisville. As a faculty member, he is actively involved in conducting independent research and teaching in Biostatistics. He also collaboratively works with various research groups serving as a biostatistical consultant on health science-related research and grant proposals. His research interests extend to several areas in Statistics/Biostatistics: Personalized-Medicine, Survival-Analysis, Nonparametric/Semiparametric Modeling, and Statistics in health insurance data. He has published more than 25 articles including 15 first/corresponding author articles.