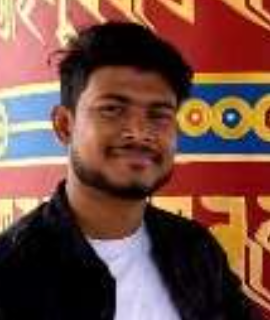 Alzheimer's disease (AD), the most common form of dementia, is a progressive neurodegenerative disorder associated with aging. Persons with Alzheimer's face some serious problems associated with memory, thinking, motor movements, language, and behavior due to neurodegeneration in the brain. Apoptosis is one of the mainstream mechanisms driving neuronal death. In recent years, the Hippo signaling pathway has emerged as a key pathway influencing cell survival, proliferation, and apoptotic-related pathophysiological conditions. Previous studies have highlighted the contributions of a hyper-activated Hippo signaling pathway in executing cellular death in various neurodegenerative disorders, including AD. However, it remains unknown whether suppressing the Hippo pathway can rescue neuronal death in AD and its impact on other AD-driven pathophysiological changes. In this study, we investigated the beneficial role of the novel Hippo signaling inhibitor, Xmu-mp-1, on Streptozotocin (STZ)-induced cognitive deficits in the rat model of AD. Intracerebroventricular STZ administration induces cognitive impairment. Histopathological investigation of AD rat brains revealed an increased expression of phosphorylated tau and increased neuronal death in the hippocampus and the cortex. Xmu-mp-1 treatment at a dose of 0.5mg/kg body weight for two weeks 7 days post-STZ administration led to improved cognitive deficits, as evident in the Morris water maze test. Further, AD rats treated with Xmu-mp-1 also exhibited an alleviation in the perturbed p-Tau and level of neurodegeneration compared to AD treated with only vehicle. The current findings of this ongoing study indicate the promising therapeutic and ameliorative potential of Hippo pathway inhibition via Xmu-mp-1 in the management of AD pathophysiology.

Mr. Manas Ranjan Sahu studied Life Sciences at the Central University of Punjab, specializing in Human Genetics, and graduated an M.Sc. in 2018. He received a Junior research fellowship from the Department of Science and Technology, India. He then joined the research group of Dr. Amal Chandra Mondal at the School of Life Sciences, Jawaharlal Nehru University, New Delhi, India. He has published two review articles on Hippo Signaling Pathway. He has also co- authored two research articles.