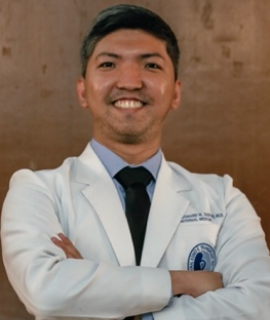 Lance-Adams Syndrome (LAS) or chronic Post-Hypoxic Myoclonus (PHM) was first described in 1963 by Lance and Adams, in patients presenting with action myoclonus after hypoxic brain injury from cardiac arrest. Since then, only fewer than 150 cases have been reported in registries world-wide. We report a case of a 54-year old female who was previously admitted for elective hysteroscopic polypectomy but arrested during anesthesia induction and underwent cardiopulmonary resuscitation. After successful resuscitation and her admission at the intensive care unit, she regained her consciousness but started to have action myoclonus to which she was initiated with anti-seizure therapy. She was discharged still with action myoclonus leaving her bedbound and assisted on all activities of daily living. Patient was then re-admitted for suspected Myoclonic Status Epilepticus (MSE) with increased doses of anti-seizure medications. However on re-evaluation, she was recognized as a case of LAS hence was started on Clonazepam and reduced her dose of Valproic acid. Patient was sent home with decreased intention myoclonus, while continuing her physical and rehabilitation therapy. Owing to the large difference in over-all prognosis, a thorough examination and distinction of LAS from other post-hypoxic neurologic problems such as MSE is vital to establishing the direction of management and making an accurate prognostication of neurologic outcomes in patients after cardiac arrest. Failure to recognize LAS may result in inappropriate antiseizure medication and delayed initiation of warranted pharmacologic and rehabilitation therapy. Increasing the awareness of critical care providers on this rare entity is also paramount to avoid misdiagnosis and mismanagement.