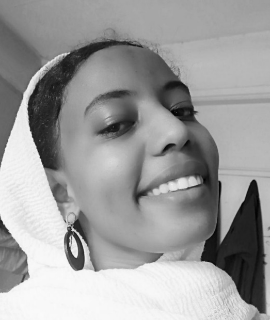 Title : Neuropsychiatric manifestations of Silsion -A new Glue inhalant- among homeless in Sudan

Inhalants abuse is the behaviour of sniffing or huffing of volatile psychoactive substances to reach an euphoric feelings. Inhalants use reported to have so many neurological  ,psychiatric and physiological manifestations. The neurological aspects can include cognitive functions problems  ,memory problems ,and acute CNS intoxication characterized by visual and motor distortion .Glue sniffing specifically can manifest by seizures  ,confusion and electroencephalograms (EEG) changes , however these changes are reversible . Psychological distress of inhalants include depression and anxiety .physical effects include organic problems of liver ,bowel and bladder. some studies report that psychological and physical manifestations are positively related.

Adolescents and youths report using inhalants at streets, at their friend's homes ,or even at schools. Gasoline , Freon ,and Glue are among the most used substances as inhalants. Although inhalants abuse is common ,they don't receive  so much attention at the literature  . yet at the recent decade efforts were made to investigate inhalants dependence ,yet other important issue -Inhalants withdrawal- have been neglected even at the DSM-4 criteria.

At this study we aim to investigate neuropsychiatric manifestations of a popular glue inhalants (Silsion) as named by homeless adolescences and youth whom the main consumers of this inhalant.

We conducted a cross-sectional study at Khartoum ,the capital city of Sudan ,to investigate the neuropsychiatric manifestations of a widely used inhalants among homeless at the city streets.

A total of 102 adolescences and adults were interviewed using the Edinburch questionnaire for neurological manifestation .The psychiatric manifestations were assess based on the DSM-4 criteria for: Dependence , depression ,posttraumatic stress disorder (PTSD),and suicidality . we added another set of questions to assess withdrawal symptoms , as the DSM-4 don’t  include a criteria for inhalants withdrawal.

From our 102 participants 90.2% are males ,17 to 19 years old , jobless or working at a daily marginalized jobs like washing cars and shoes ,with 62.7% received only primary school education.

Upon questioning during the last 6 months 49% reported experiencing blackouts , 50% have had memory problems , and 43.1% reported having tremors or abnormal limb movement.

A new inhalant glue of abuse called Silision is popularly being used by homeless adolescences and adults at Sudan streets due to its availability and cheap price, upon the first time to be investigated it demonstrated a number of neuropsychiatric manifestations and withdrawal symptoms , which necessitate  urgent intervention to restrict its availability and raise the awareness about its danger .

Dr.Hayat Abdoallah is a 5th year medical student at Faculty of Medicine – University of Khartoum , She is very interested at the field of Neuropsychiatry and Drug abuse researches , She worked previously at a research addressing the cannabis abuse which is very prevalent in the mother country –Sudan . She is currently trying to address the issue of another Drug of abuse – A glue called Silsion which is very popular among homeless adolescences and adults at Khartoum streets ( The capital city of Sudan).