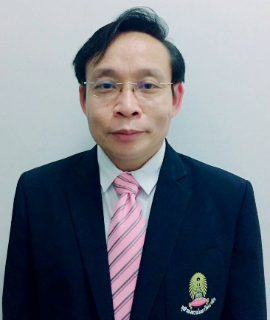 Alzheimer’s disease (AD) is one of the most common types of dementia, which accounts for an estimated 60 to 80% of all dementia cases. Though pathways including alteration in the cholinergic system, amyloid precursor protein (APP) processing and tau hyperphosphorylation are identified as the major hallmarks of the disease, still there is inefficiency in the identification of suitable drug candidate which could offer neuroprotection against the disease condition. This may be due to the fact that multiple intricate pathways and metabolic diseases including diabetes contributes to the disease progression and hence targeting one pathway will not show the desired outcome in patients.   Pioneering studies have shown the interlink between diabetes and AD as well as the influence of hyperglycemia towards the generation of amyloid beta and neurofibrillary tangles in the brain, making the treatment complicated. This study was aimed to explore and the effect of ethanol extract of Hibiscus sabdariffa red calyces against high glucose-induced neurotoxicity in Neuro-2a cells and Caenorhabditis elegans and elucidate the mechanism of action. High glucose (175 mM) increased the generation of reactive oxygen species, altered mitochondrial membrane potential with increase in Cyp-D expression, modulated the expression of genes/proteins involved in oxidative stress response (Nrf-2, NQO-1, HO-1, FOXO-1), unfolded protein response genes (Grp-78, CHOP), lipid metabolism (LXRs, Seladin-1, ABCA-1), cell signalling (AKT/p-AKT, JNK, p-JNK), and apoptosis (P53, Caspase-3). Pre-treatment with H. sabdariffa extract restored the normal homeostasis by reversing the effects caused by high glucose treatment. Further, LC-MS/MS analysis showed the presence of compounds including allo-Aromadendrene, N-Feruloyltyramine, 11-Hydroxycanthin-6-one, Pelargonidin 3-rhamnoside 5-glucoside, Anisocoumarin H, Hibiscus acid, and Sinapoyl aldehyde. Of the identified compounds, molecular docking studies showed that allo-Aromadendrene, 11-Hydroxycanthin-6-one and Pelargonidin 3-rhamnoside 5-glucoside could interact with target sites of the proteins (AChE, FOXO-1, GSK-3β, LXR’s) with high binding score compared to that of the respective positive controls. In addition, studies with the simple model organism C. elegans (both wild type and transgenic strain of AD) showed that H. sabdariffa extract could extend the lifespan of the organism against high glucose-induced toxicity accompanied with the reduction in Aβ expression in CL2006 strain indicating the neuroprotective effect. Our results conclude that H. sabdariffa calyx extract with its phytoconstituents can be considered as promising therapeutic agent to treat neurodegenerative diseases associated with diabetes.

Outcome of the presentation

Dr. Tewin Tencomnao graduated as Ph.D. in 2001 from Virginia Commonwealth University, USA. He is now an assistant professor and head of Natural Products for Neuroprotection and Anti-Ageing Research Unit, Department of Clinical Chemistry, Faculty of Allied Health Sciences, Chulalongkorn University, Thailand. He has successfully upgraded the research quality in this field as evidenced by publications of more than 100 publications. His research team employed both neuronal cell culture models and animal models for the studies in order to elucidate the mechanisms of natural products to fight against neurotoxicity, neuroinflammation, neurodegeneration and ageing.