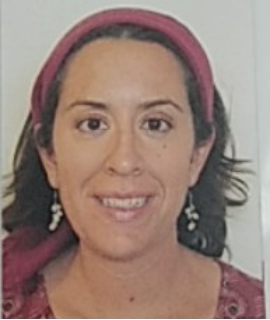 Title : Behavioral and ERP measures of touch and social anxiety levels among adults with ASD compared to typical adults

The associations between social anxiety (SA) and impaired responses to interpersonal touch for adults with autism spectrum disorder (ASD) were explored before. However, the neural correlates of SA levels and interpersonal touch among this group in comparison with a typical group need clarification. The current study examined the relationship between interpersonal touch perception and SA levels in young adults with ASD compared with typical young adults using ERP and behavioral measures. The electroencephalography activity of 25 young adults with ASD (Mage=23.3) and 29 typical young adults (Mage= 24.6) was recorded during the presentation of images depicting human touch, object touch, and non-touch control images. In addition, touch sensory profile and SA questionnaires were administered to the participants of both groups. Results showed significantly larger LPP waveforms (400-600 ms post-stimulus) during perceived human images compared with object images among the typical group. In contrast, no difference between the LPP amplitudes of these images was shown for the ASD group. Moreover, the typical group presented significantly larger LPP amplitudes during images of interpersonal touch compared with the ASD group. Notably, while exploring brain-behavior interactions, a moderated mediation model showed that sensory pattern of touch avoidance, mediated a negative relation between the LPP amplitude and SA levels during perceived human touch for the ASD group. However, no relation between these variables was discovered among the typical group. These findings indicate that individuals with ASD have a lower response to observed social touch, which may negatively impact their SA levels.

Meyrav Gaziel-Guttman is a Ph.D. candidate at The Jim Joseph Faculty of Education, Bar-Ilan University, Israel. She received her Master's Degree (2012) from the Psychology Department at Bar-Ilan university. Her graduate subprogram was Brain and cognitive psychology. Mrs. Gaziel-Guttman was enrolled in The President's Scholarship program for Outstanding Doctoral Fellows at Bar-Ilan University. These days, she is working on her doctoral research supervised by Prof. Nira Mashal and Dr. David Anaki at the Cognitive Neuropsychology Laboratory. She investigates the effect of sensory dysregulation and pragmatic language difficulties on social anxiety among adults with high functioning autism through neural  and behavioral measures.