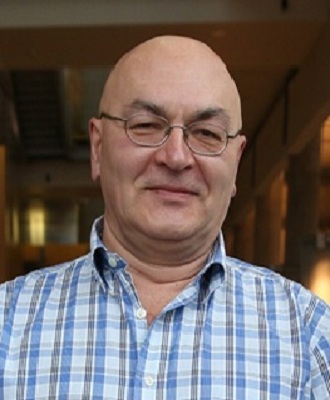 The TLNS integrated with physical therapy aims to restore function beyond traditionally expected limits by employing both newly developed therapeutic mechanisms for progressive physical and cognitive training - while simultaneously applying brain stimulation through the dorsal surface of the tongue by portable neurostimulation (PoNS) device.

In brief, TLNS uses sequenced patterns of electrical stimulation on the anterior dorsal surface of the tongue to stimulate the trigeminal and facial nerves. From a technical point of view, the electrical stimulation of the tongue skin by the PoNS TM device is, probably, one of the safest. The anterior dorsal surface of the tongue is a patch of the human skin with a unique innervation pattern. The relatively thin (in comparison to other skin areas) oral epithelium is saturated by a different kind of mechanic, there- and taste receptors in addition to free nerve endings, stratified in its depth.

The spatio-temporal trains of neural activation induced in these nerves eventually produce changes of neural activity in corresponding nuclei of the brainstem – at least in the sensory and spinal nuclei of trigeminal nuclei complex (the largest nuclei in the brainstem, extending from the midbrain to the nuclei of the descending spinal tracts), and the caudal part of the nucleus tractus solitarius, cochlear, cuneate and hypoglossal nuclei and upper segment of the spine (C1- C3), where both stimulated nerves to have direct projections.

The basic principles of TLNS technology, as a platform technology, build the foundation for the development of future directions of neurorehabilitation such as a headache, tinnitus, sleep, depression, etc., using neurostimulation to access brain networks through the cranial nerves, such as those found in the tongue. It is noteworthy that the principles and corresponding treatment regimens, based on TLNS technology, were already successfully implemented for neurorehabilitation of other neurological conditions such as balance, gait, eye movement control, speech, and cognitive functions.

Based on our previous research and recent pilot data, we believe a rigorous in-clinic TLNS training program, followed by regular at-home exercises that will also be performed with TLNS, will simultaneously enhance, accelerate, and extend recovery from multiple impairments (e.g., movement, vision, speech, memory, attention, and mood), based on divergent, but deeply interconnected neurophysiological mechanisms of neuroplasticity.

• The audience will be able to learn conceptually and technically new method of non-invasive neurostimulation of the brain for multiple clinical and non-clinical applications in rehabilitation and human performance enhancement
•  It will help the audience of physical therapists and rehabilitation specialists to reinforce existing and create new, more efficient methods of rehabilitation therapy.
• TLNS technology and the PoNS device are new emergent tools for research and development of new methods of treatment in the area that considered untreatable now.
• TLNS approach can provide a practical solution to many problems of rehabilitation, make the PT work much more effective and time efficient.

Yuri Danilov, PhD, currently is the Leading Scientist in Pavlov Institute of Physiology, RAS, Sankt Petersburg, Russia. He is a former Senior Scientist and Neuroscience Director in Tactile Communication and Neuromodulation Laboratory (TCNL), Biomedical Engineering Department, UW-Madison, USA.
Dr. Danilov received an MS degree in biophysics, in 1978, from St. Petersburg University in Russia and a Ph.D. degree in neuroscience, in 1984, from the Pavlov Institute of Physiology.
He is a system neuroscientist with experience in research on the special senses, including vision, taste, hearing and balance. Dr. Danilov is the lead discoverer and developer of the Translingual Neurostimulation technology.