We regret to inform you that we will be postponing the upcoming “4th Edition of International Conference on Neurology and Brain Disorders (INBC 2020)" scheduled during June 22-24, 2020 at Rome, Italy due to recent developments of the 2019-nCoV situation in Italy.

The event will now be taking place on November 19-21, 2020 at Holiday Inn Rome Aurelia, Rome, Italy.

Due to the disruption caused by the coronavirus across the region we have taken the tough decision to postpone INBC 2020. The decision has been taken in the interests of public safety and to help prevent the spread of the virus.

This decision follows the evolving developments, continuing uncertainty, and global concerns regarding the coronavirus.

If you have any further queries, please write in to us at secretary@magnusmeetings.com 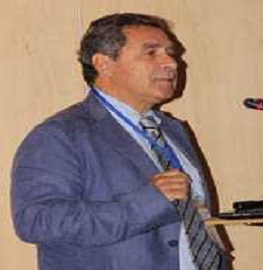 Title : Impaired Antimicrobial Immunity In The Brain Of Alzheimer’s Disease

Ageing is associated with declining immune responses and Alzheimer’s disease (AD). Infective agents, both bacteria and viruses, have been suggested to play a role in the clinical progression of AD. Decreased immune efficiency viruses might increase the brain risk of chronic infections and inflammation. Antimicrobial brain immune responses in AD are poorly investigated and the present study focused on innate immune defensive mechanisms in the hippocampus and temporal cortex samples of AD brain.  Methods: mRNA levels of major antiviral response genes such as interferon regulatory factor (IRF)7, Mediator complex (MED)23, interleukin (IL)28B, and interferon (IFN)-α were analyzed in hippocampus and temporal cortex brain samples from AD and non-demented controls.  Findings: Most AD patients showed a decreased expression of all four investigated mRNAs in the hippocampus and temporal cortex. However, a small group of AD patients showed increased mRNA expression of MED 23, IL28B and IFN- α in hippocampus.  The mRNA levels of MED 23, IL28B, IFN-α from the hippocampus and those of MED23 from the temporal cortex were further decreased in APOE ε4 allele AD carriers.  Interpretation: Impaired antimicrobial immune defenses were detected in AD brains. Our data suggest that decreased or increased mRNA levels of these cytokines might reflect different clinical phases of the disease. Impaired regulation of defensive innate molecules might increase susceptibility to chronic infections, neurodegeneration and manifestation of clinical dementia.  Conclusions:  Maintenance of efficient immune responses in the elderly might slowdown neurodegenerative mechanisms, the age-related cognitive decline and affect prevalence and incidence of AD.