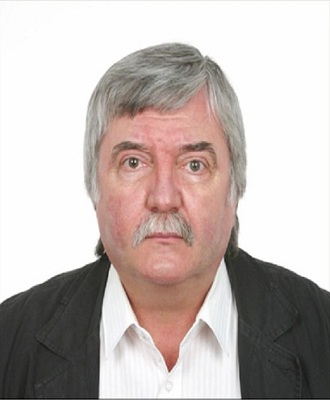 Title : Functional Neuroimaging for Prognostics and Diagnostics in Brain Disorders

Although the diagnosis of neurological disorders still depends on clinical criteria, recent advances in neuroimaging techniques, such as magnetic resonance imaging (MRI), positron emission tomography (PET), single photon emission computed tomography (SPECT), diffusion tensor imaging (DTI), diffusion spectroscopic imaging (DSI), tractography, magnetoencelography (MEG), and more, as well as fused medical imaging modalities, have allowed novel insights onto structural connectivity (SC), functional connectivity (FC), and effective connectivity (EC) patterns of the human brain in both health and disease, enhancing our knowledge of normal brain organization and the neurobiological basis of neurocognitive and neuropsychiatric disorders. SC deals with the overall structure of the brain and the precise diagnosis of intracranial disease and injury; FC is used for neurological and cognitive science research and building brain-computer interfaces (BCI). The rationale behind EF is to formulate one or more models of the way data are generated in terms of network of distributed sources. These sources communicate to each other through parameterized connections and determine the dynamics of hidden states that are intrinsic to each source. It facilitates directly disclosing the processing of sensory information going up to the brain and of commands going down from the brain to various organs rather than clinical inference.
The human brain is a large-scale complex network whose function relies on the interaction between its various regions. Recent studies of the human brain connectivity using resting-state/sleep functional magnetic resonance imaging (rsfMRI), and, more recently, DSI data have provided deeper insight on the organization of structural and functional brain networks that continuously share information. Brain's energy is largely consumed at rest during spontaneous neuronal activity (~20 %), out of which around 80 % is required by synaptic signaling at rest; whereas task-related increases in metabolism energy are minor (<5%). Since brain activity is present even in the absence of an externally prompted task, any brain region will exhibit spontaneous fluctuations in BOLD signal. Spontaneous ultralow-frequency fluctuations in BOLD-based rsfMRI signals (<0.01 – 0.1 Hz) at the level of large-scale neural systems are not noise, but orderly and organized in a series of functional networks that permanently maintain a high level of temporal coherence among brain areas that are structurally segregated and functionally linked in resting state networks (RSNs). There is evidence suggesting that such signals permit to extract information about the connectivity and functionality of specific networks. It is also documented that functional connectivity reflects the underlying structural connectivity, which, at rest undergoes specific alterations in several neurological and psychiatric disorders.
Human brain function imaged by rsfMRI allows accessing both sides of human mind-brain interface (subjective experience and objective observations). As such, functional neuroimaging moves onto new potential applications like reading the brain states, discriminate neurological dysfunctions (if any), artificial intelligence (AI), brain-computer interfaces (BCI), lie detection, and more. The presentation aims to review, evaluate and compare the most current approaches for early detection and classification of various forms of brain disorders, particularly among syndromes with relatively similar behavioral effects, as well as stages in a given brain dysfunction, based on modifications of the brain connectivity at rest explored by novel neuroimaging techniques.

•    The presentation will underpin the main neuroimaging techniques involved in prognostics and diagnostic of several neurological disorders;
•    Though some forms of dementia exhibit similar symptoms, functional neuroimaging allows delineating among brain dysfunctions;
•    Early detection of brain disorders, years before the symptoms become noticeable and alert the patients is possible using functional neuroimaging techniques, specific modalities for each type of dementia.
•    The reported findings can be used in any decent clinic and support designing efficient screening programs.
•    Aging individuals have to be regarded not only as a health problem being more prone to dementia, but since they are care-demanding, a significant economic burden added to our society. Early detection of neurological diseases may reduce the cost of treatment and ease the pain of patients.