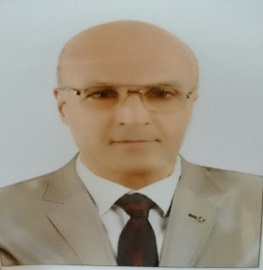 Background: Seizures often occur in substance abusers. The present work aimed to study the etiology of non-response to antiepileptic drugs by estimating their serum levels and screening of drugs and substance abuse in patients with resistant epilepsy.
Methods; this study was conducted in epilepsy outpatient clinic, neurology department, Mansoura University Hospital. After exclusion those with organic brain lesion and who not compliant to antiepileptic treatment, 924 patients with intractable epilepsy were included. They subjected to
-Toxicology screen for detection of drug and substances abuse by analysis of urine and blood samples.
-Measurements of the level of antiepileptic drugs in the blood (carbamazepine, valproic acid, phenytoin).
All assays run on the system use of homogenous immunoassay technique EMIT (Enzyme Multiplied Immunoassay Test) and confirmed by GC/MS (gas Chromatography/Mass Spectrum).
Results; Confirmed Positive results for drugs and substances abuse were detected in 246 of 924 patients (26.62%) by GC/MS. Cannabis was the first abused drug (29.27%), opiates was the second drug abused by patients (21.95%) followed by alcohol (17.88%), benzodiazepine (16.26%) tricyclic antidepressants (8.54%) and finally barbiturate constituted (6.1%). Only 17 patients show serum level of antiepileptic drugs (carbamazepine, valproate and phenytoin) within therapeutic range, but 169 patients' levels were below it and 60 patients with levels above it.
Conclusions; Substances abuse may be the cause of resistant epilepsy as they are epileptogenic by themselves or due to drug-drug interaction with the antiepileptic.