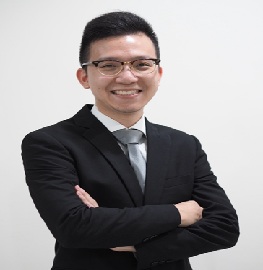 Background: The prevalence of dementia, which presents as cognitive decline in one or more cognitive domains affecting function, is increasing worldwide. Traditional cognitive screening tools for dementia have their limitations, with emphasis on memory and, to a lesser extent, on the cognitive domain of executive function. The use of virtual reality (VR) in screening for cognitive function in older persons is promising, but evidence for its use is sparse.
Objective: The primary aim was to examine the feasibility and acceptability of using VR to screen for cognitive impairment in older persons in a primary care setting. The secondary aim was to assess the module’s ability to discriminate between cognitively intact and cognitively impaired participants.
Methods: A comparative study was conducted at a public primary care clinic in Singapore, where persons aged 65-85 years were recruited based on a cut-off score of 26 on the Montreal Cognitive Assessment (MoCA) scale. They participated in a VR module for assessment of their learning and memory, perceptual-motor function, and executive function. Each participant was evaluated by the total performance score (range: 0-700) upon completion of the study. A questionnaire was also administered to assess their perception of and attitude toward VR.
Results: A total of 37 participants in Group 1 (cognitively intact; MoCA score≥26) and 23 participants in Group 2 (cognitively impaired; MoCA score<26) were assessed. The mean time to completion of the study was 19.1 (SD 3.6) minutes in Group 1 and 20.4 (3.4) minutes in Group 2. Mean feedback scores ranged from 3.80 to 4.48 (max=5) in favor of VR. The total performance score in Group 1 (552.0, SD 57.2) was higher than that in Group 2 (476.1, SD 61.9; P<.001) and exhibited a moderate positive correlation with scores from other cognitive screening tools: Abbreviated Mental Test (0.312), Mini-Mental State Examination (0.373), and MoCA (0.427). A receiver operating characteristic curve analysis for the relationship between the total performance score and the presence of cognitive impairment showed an area under curve of 0.821 (95% CI 0.714-0.928).
Conclusions: We demonstrated the feasibility of using a VR-based screening tool for cognitive function in older persons in primary care, who were largely in favor of this tool.

Mr. Sean Chua is currently a MD candidate studying Medicine at Duke-NUS Medical School. Prior to this, he graduated with a B.EngSc (Hons) and M.Sc (Tech Mgmt) from the Nanyang Technological University in 2016. He has published two research articles up to date.