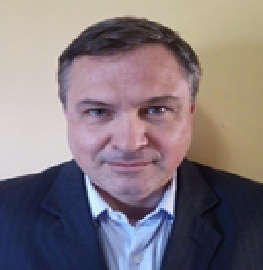 Title : Structure, diversity and 3D complexity of neurons from subcortical to cortical areas in the human brain

The visualization of nerve cells is important for the advancement of neurological research and the comprehension of the foundations of the functioning of the human brain. At the cellular level, dendritic spines are the smallest multifunctional units that reflect cellular connectivity and can modulate postsynaptic processing and plasticity. Different approaches were developed to unravel detailed morphological features of neurons in animal models along the last decades. However, the study of human dendrites and spines has been a challenge due to inherent technical difficulties and the complexity of the nervous tissue in our species. A new three-dimensional (3D) reconstruction procedure was introduced for the visualization of neurons in human postmortem brain tissue using brightfield light microscopy. The procedure uses an adapted histological improvement of the Golgi method to obtain suitable results using human brains conventionally fixed in formalin even for a long time. Structure, diversity, and complexity of neurons can be evaluated at different angles with precise morphological details. High-quality images allow the dendritic spines to be identified and classified, either isolated or in clusters, in a continuum of shapes and sizes, from simple to more elaborated forms, including the presence of tiny spinules. Furthermore, the unlike density and shapes of spines along dendritic branches, from proximal to distal ones, indicate a specific synaptic transmission and integration in each studied neuron. Examples are provided for the multipolar neurons from the subcortical nuclei of the subcortical amygdaloid complex, the pyramidal and non-pyramidal neurons in the allocortical hippocampal CA3 area, and the neocortical temporal lobe and cingulate cortex in the adult human brain. The identification of multiple forms of neurons, their particular dendrites and dendritic spines, can reflect a more complex structure for synaptic processing of higher-order sensory, cognitive and emotional information and an adaptation for species-specific behavior display.  These relevant structural/morphological results have broad phylogenetic, ontogenetic, cytoarchitectonic and functional implications for the human brain in both normal controls or in neurological and psychiatric disorders.

Rasia-Filho is full professor, holds an academic degree in Medicine, and M.Sc. and Ph.D. degrees in Biological Sciences/Physiology (UFRGS/Brazil). Postdoctoral fellow in synaptic structure at the School of Medicine/University of São Paulo/Brazil. Researcher granted by the Brazilian Council for Scientific and Technological Development (Morphology). Prized by the Brazilian National Academy of Medicine (Neurology and related areas). International ad hoc reviewer and Guest Associate Editor (Frontiers in Neuroscience, in Psychiatry, and in Synaptic Neuroscience) for Research Topics in “Dynamics and Modulation of Synaptic Transmission in the Mammalian Central Nervous System” and “Frontiers in Synaptic Plasticity: Dendritic Spines, Circuitries and Behavior”.