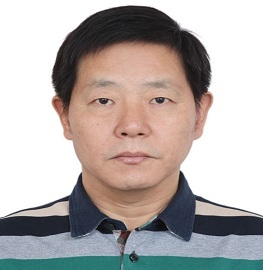 Background
Sporadic Creutzfeldt-Jakob disease (sCJD) is an extremely rare fatal and infectious neurodegenerative brain disorder characterized by rapidly progressive dementia, cerebellar ataxia and visual disturbance. This study summarized 104 sCJD cases in the First Medical Center of Chinese PLA General Hospital from 2003 to 2019.
Methods
A retrospective analysis was performed on the medical records of the 104 patients diagnosed with sCJD from the aspects of demographic data, clinical manifestations, laboratory examinations, electroencephalograms (EEGs), diffusion-weighted imaging (DWI) scans, and positron emission tomography (PET) scans.
Results
In the 104 sCJD cases, pathological evidence showed a spongiform change in 11 patients, while the remaining 93 cases were confirmed clinically. The 104 cases included 57 males and 47 females, with the age of onset ranging from 29 to 82 (average age: 58.35±10.02). The course of disease was between 5-22 months. Most of the patients died 7-12 months after the onset of sCJD. In most cases, rapidly progressive dementia appeared as the initial symptom, followed by cerebellar ataxia, visual disturbance, and neurobehavioral disorder. Most patients’ DWI images showed symmetric or asymmetric hyperintensity in the cortex. In terms of EEGs, 38.24% of the patients had periodic sharp wave complexes (PSWCs). The sensitivity of 14-3-3 protein was 34.1%. The brain PET scans of 50 patients with sCJD presented the sensitivity of PET interpretation of 96%.
Conclusions
This study indicated that sCJD occurred at an early age of patients in China; the sensitivity of 14-3-3 protein was significantly low; brain PET was highly sensitive in detecting sCJD in Chinese patients.

Dr. Jia-tang Zhang, studied in the medical department of Shanghai second military medical university from 1986 to 1992. He then received his MD degree in 2001 at neurology department of Chinese P.L.A General hospital. Since 2001, he became a physician in the neurology department of Chinese P.L.A General hospital. His professional directions are CNS infection; accurate prevention and control of cerebrovascular disease; neurological intensive. He has undertaken 7 national and military projects, edited 4 books, published more than 30 research articles in SCI journals