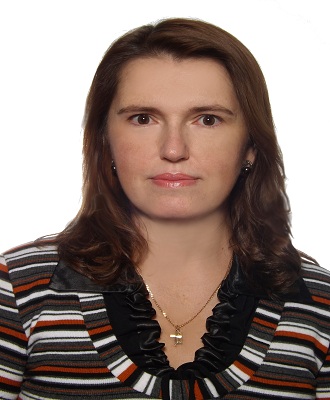 Title : Neurodegenerative changes in the nervous system of rats in hemorrhagic stroke condition

The experiments established a number of patterns in the development of demyelinating and degenerative changes in the brain, spinal cord and sciatic nerve in the acute and long term after stroke. An experimental model of unilateral hemorrhagic stroke, characterized by 100% hematoma reproduction in the right inner capsule of the brain and the development of ischemic damage, was use in the study. According to the histological examination results, morphological differences in the development of structural disorders in the cerebral sensorimotor cortex of the stroke (ipsilateral) and contralateral hemisphere were shown. It was shown that the edema developed on 10th day in the ipsilateral hemisphere due to hemolysis and destructive changes in the area of hemorrhage that progressed to the cortex of the contralateral hemisphere. Progressive degeneration of neurons and glial cells registered around the hemorrhage, and hemolysis products registered on 90th day.
On electron microscopic studies, it was concluded, that the structural changes in the brain and spinal cord, which consist of edema and degeneration of nerve fibers and neurons, have the progressive nature. It was also concluded, that changes in stroke modeling are not limited to the acute period and progress on 30th and 90th days that explains the development of left limb paresis in the studied animals. The study’s results of structural changes of the sciatic nerves confirm the working hypothesis of the experiments. Thus, according to the data of light and electron microscopy (transmission and scanning microscopy), bilateral morphological changes of nerve fibers in the gluteal nerves were noticed on 10th, 30th and 90th days after right-sided stroke. Herewith the preservation of the main stromal elements of the nerve (epi- and perineurium) and delayed degenerative changes in the conditions of pharmacological correction (piracetam, corvitin with lipin), were confirmed.
Morphological differences in the development of degenerative changes in the nerves were identified, particularly in the left sciatic nerve, until complete degeneration of nerve fibers in nerve fascicles (as described on 90th day in the nerves of the paretic limb). Morphological and ultrastructural manifestations of nerve fiber degeneration - the disorganization and stratification of the myelin lamellae, changes in the myelin sheath contour, reduction of the nerve fibers diameter and their deformation, axoplasma compaction and reduction of organelles, the appearance of free Schwann cells, were dominated in the myelin nerve fibers. At the same time, unmyelinated nerve fibers have not changed significantly, only axoplasma edema and destruction of axoskeletal elements were identified.

Nataliia O. Melnyk – the Professor of the Department Histology, Cytology and Embryology in Bogomolets National Medical University, Ukraine, Kyiv. Graduated from Kyiv National Taras Shevchenko University in 1993, she worked as an engineer in the Institute of Molecular Biology and Genetics. During 2008- 2011, she worked as Deputy Head of the Department of Education and Methodology of the Bogomolets National Medical University. Nataliia O. Melnyk was investigating demyelination and remyelination process in central and peripheral nervous systems in experiment. Her studied structural changes in organs central and peripheral immune system in demyelination condition. Has more 300 scientific works (6 patents).