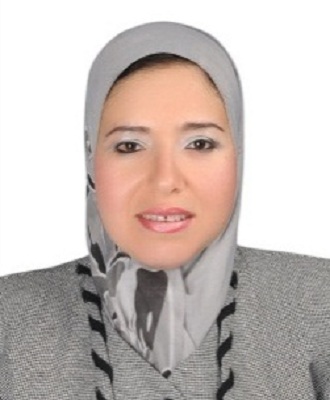 •    Efficient delivery of small interfering RNAs (siRNAs) remains a challenge and much research has been aimed at developing ideal gene delivery carriers.
•    RNA interference is a new strategy to block LINGO-1expression in the target lesions with low doses and less systemic side effects.
•    Chitosan nanoparticles have become one of the most studied polymers in non-viral siRNA delivery, due to their polycationic nature and biocompatibility.
•    LINGO-1–directed siRNA loaded chitosan nanoparticles can improve neurological, neurochemical disturbance and enhance remyelination in demyelination rat model.
•    Intranasal route of LINGO-1–directed siRNA nanoparticles administration appears to be an effective tool for drug delivery to bypass the BBB and directly deliver drugs to the CNS.

Doaa A. Abdelmonsif studied medicine at the Faculty of medicine, Alexandria Faculty of Medicine, Egypt and graduated in 1999. She then joined the Department of Medical Biochemistry and completed her MD in Medical Biochemistry and molecular biology since 2011. She is a co-director of the molecular biology laboratory of the Center of Excellence for Research in Regenerative Medicine and Its Applications (CERRMA). She is also a research associate of the nanomedicine laboratory, CERRMA. She has several publications in the field of molecular medicine and targeted drug delivery for treatment of cancer and neurodegenerative diseases. She serves as a reviewer for several reputed journals.