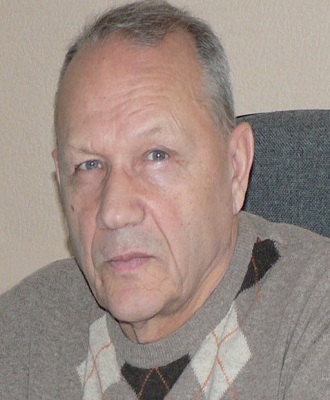 Title : Heterochromatization of a large-scale duplication in 3p26.3 region involving the CNTN6 gene in a patient with neuro developmental disorders and intellectual disability

Copy number variations (CNVs) of the 3p26.3 region are often the cause of neurodevelopmental disorders, including intellectual disability, developmental delay and autism spectrum disorder. Recently, a publication appeared with description a patient-carrier of a duplication involving the CNTN6 (encoding contactin-6) gene with manifestation neurodevelopmental and dysmorphias (Kashevarova et al., 2014). The duplication was inherited from the healthy father, and he inherited from the healthy mother.
Using standard Yamanaka protocol, we obtained the induced pluripotent stem cells (iPSC) from skin biopsy cells of the patient and his healthy father, and two unrelated healthy donors. The iPSC were induced to in vitro differentiation in cortical neurons by neurogenin-2 (Gridina et al. 2018). In addition, we have determined the exact boundaries of the duplication and its size as 0.94 Mb. Importantly, we did not reveal any addition structural variations either within the CNTN6 gene or the surrounding region. Despite the fact that there are three intact copies of the CNTN6 gene in in vitro obtained  neurons of the patient, the level of its expression was significantly lower than in the neurons derived from  healthy donors.  Surprisingly expression of the duplicated allele of the CNTN6 in the neurons derived from the healthy father was higher than in the neurons of the healthy donors, and expression of the duplicated allele of the gene was   higher than the wild allele.
The changes of the gene expression caused by chromosomal rearrangements may be a result of disturbance of the chromatin spatial folding. We performed C-TAIL analysis of the chromosomal rearrangement region and observed higher density of distant DNA contacts within the targeted region located of the CNTN6 gene than in cells derived from the healthy donors.    This result of the targeted Hi-C analysis allowed us to suggest that the region located of the CNTN6 was heterochromatized in the patient cells. The data of Chip-seq genome analysis of iPSC derived from the patient and healthy donors was consistent with suggestion. We observed that the duplicated region contained an excessive excess of H3K9me3 (repressive chromatin marker) and significant decreasing of H3K27ac and CTCF signals of open chromatin. Thus, the obtained data suggest that the heterochromatization of the region, including the CNTN6 duplication, is cause of significant decreasing of the CNTN6 expression, i.e., in spite of the presence of three full copies of the gene in the patient, total level of the CNTN6 expression is not more a copy of the wild allele. Clinical symptoms in carries large-scale deletions or duplications including the CNTN6 gene are often similar and the obtained data can explain the similarity.
This study was supported by Program of Russian Academy of Sciences ? 0324-2019-004.

•    Explain how the audience will be able to use what they learn? They can use new approach to study molecular mechanisms of neurogenesis as such Hi-C region technology (C-TAIL) and Chip-seq combined with cell technologies of generation iPSC and their differentiation in neurons.

•    How will this help the audience in their job? Is this research that other faculty could use to expand their research or teaching? Does this provide a practical solution to a problem that could simplify or make a designer’s job more efficient? Will it improve the accuracy of a design, or provide new information to assist in a design problem? List all other benefits.
Certainly, the presented data can be use to expand their research or teaching.

Dr. Serov studied Medical Education Institute located in Ufa city, Russian Federation and  graduated as MS in 1966. He received PhD degree in 1970 at the Institute of Cytology and Genetics, Russian Academy of Sciences, Novosibirsk and then obtained the position of Head of Lab of Developmental Genetics in 1979 at the same institution. In period, 1995-2005 Serov had the position Full Professor at the Federal University of Rio de Janeiro, Brasilia. He has published more 170 research articles according the data of Web of Science.