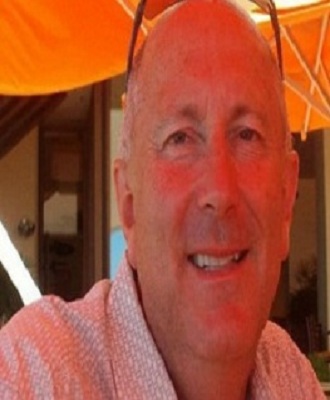 Tau proteins help maintaining the structure of a neuron, including tiny tube-like structures called microtubules, which deliver nutrients throughout cells. However, when hyperphosphorylated, these proteins can become toxic for neurons by forming tangles in the hippocampus; one important region of the brain early affected by Alzheimer’s disease. Researchers believe that therapies capable to limit Tau phosphorylation in the hippocampus may reduce tangle formation and ultimately intervene in the development of Alzheimer’s disease and other Tau-related disorders. High ceramides levels were previously associated with premature neuronal cells in several model systems reproducing different neuropathological disorders.  Consequently, we have assessed here the influence of ceramide production on Tau phosphorylation in the hippocampus with a focus on the influence of NMDA subtype of glutamate receptors.

Methods and Results - Transverse rat hippocampal slices were prepared with a McIlwain tissue chopper, placed on a nylon mesh in a liquid-gas interface chamber and treated for a period of 3 hours with an acid ceramidase inhibitor (ACI). We observed here that rat hippocampal slices exhibit increased N-methyl-D-aspartate (NMDA) receptor-mediated field excitatory postsynaptic potentials in hippocampal synapses after ACI treatment. From a biochemical perspective, we observed that Tau phosphorylation at the Ser262 epitope was highly increased in hippocampal slices pre-incubated with the ACI, an effect totally prevented by the global NMDA receptor antagonist D/L(-)-2-amino-5-phosphonovaleric acid (AP-5) and the GluN2B (but not the GluN2A) receptor antagonist RO25-6981. On the other hand, preincubation of hippocampal slices with the compound KN-62, an inhibitor known to interfere with calcium/calmodulin-dependent protein kinase II (CaMKII), totally abolished the effect of ACI on Tau phosphorylation at Ser262 epitopes. Collectively, these results provide experimental evidence that ceramides play an important role in regulating Tau hyperphosphorylation in the hippocampus via a mechanism dependent on GluN2B receptor subunits and CaMKII activation. Our results suggest a new target for Tau dephosphorylation and provide an insight into the potential therapeutic effects of brain ceramidase in Alzheimer’s disease and other Tau-related pathologies.Acknowledgements - This work was supported by the Canadian Research Chair in Molecular Neuropharmacology (Michel Cyr) and by the National Sciences and Engineering Council of Canada (Guy Massicotte).

Tau-related pathologies are extremely common in the central nervous of patients suffering with Alzheimer’s disease. For many scientists, avoiding brain cells from developing hyperphosphorylated Tau could eventually prevent Alzheimer’s from robbing people of their minds. The audience will learn from this presentation that high ceramide levels may be responsible for inducing Tau hyperphosphorylation in the brain. The molecular target presented to the audience will focus on the potential implication of NMDA receptors and the protein kinase CaMKII. Guy Massicotte and his colleagues will propose that ceramidase overexpression may eventually protect the human brain against Alzheimer’s disease pathology by slowing-down Tau hyperphosphorylation, secretion and aggregation.

Dr. Guy Massicotte earned a Ph.D. in Clinical Sciences form the University of Montréal (1988). He completed a post-doctoral training at UC Irvine in neurobiology under the supervision of Professor Michel Baudry. Full professor in human physiology at the University of Québec, Dr. Massicotte is investigating the role of lipids in learning and memory and ceramide derivatives in premature ageing.  He is the author of 80 publications, some being published in top-quality journals such as Nature, PNAS (USA), FASEB Journal, Diabetes, Neuroscience and Biobehavioral Reviews.