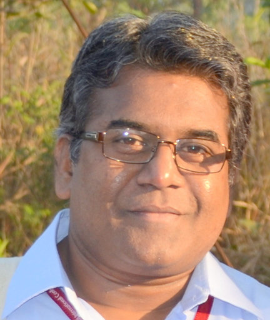 Title : Neurocircuitry of the stress response

The stress response involves multiple organ systems like central nervous system, autonomic nervous system, endocrine system, cardiovascular system and immune system. Individual’s responses to stressors are conditioned by the genetic, environmental and developmental factors. The collective stress responses are mediated by overlapping circuits in the hypothalamus, the limbic cortex, and many neural elements in the brainstem. The brain triggers stress responses that are commensurate with the nature of the stressor. Physical stressors represent ‘Systemic stressors’ which involve homeostatic disturbances and are mainly processed by brainstem and hypothalamic regions. By contrast, ‘Psychogenic stressors’ require processing of signals from multiple sensory modalities in the forebrain and involve the ‘Limbic stress pathways’ for processing information. They can occur in anticipation of or in reaction to stressful events prior to initiation of a stress response. The majority of decisions regarding the initiation of stress responses seems to be made at the level of limbic structures, which communicate information to subcortical sites positioned to interface with ongoing homeostatic feedback. The limbic forebrain regions may also contribute to processing of physical stressors, influencing the autonomic responses to stress and the activation of the Hypothalamo-pituitary-adrenal axis (HPA). The autonomic nervous system (ANS) provides the immediate response to stressors mainly mediated via brainstem circuitry. The brainstem region receives signals of homeostatic disturbances involving cardiovascular system, respiratory system and visceral organs, which cause the classic ‘fight or flight’ reflex sympathetic response to stress. Besides this, signals from medulla and spinal cord are sent to other autonomic regulatory sites in the hindbrain, midbrain and forebrain. The complex interplay between these regions and the descending signals from the hypothalamus and limbic cortex ultimately modulate the autonomic response to stressors. Paraventricular nucleus of the hypothalamus (PVN) acts as a principal integrator of stress signals and is directly involved in regulating HPA axis and autonomic responses to stressors. The PVN receives adrenergic inputs from the A2/C2 regions of NTS, which represents a major HPA excitatory pathway promoting CRH release. The PVN neurons project to the autonomic targets in the brainstem and spinal cord. PVN also receives serotonergic innervation from the median raphe nuclei in the midbrain. Serotonin activates the HPA axis and stimulates ACTH release and secretion of glucocorticoids (GCs). Hypothalamic communications with limbic cortex and their combined downward effect on the HPA and ANS activity modulate responses to stressors with 6th International Conference on Neurology and Brain Disorders | October 24-26, 2022 respect to ongoing physiological state. Both psychogenic and physical stimuli are processed in the multiple limbic forebrain structures, including amygdala, hippocampus and the prefrontal cortex. Limbic structures send signals to the subcortical relay sites, which in turn interface with the primary stress effector neurons in the PVN, caudal medulla and spinal cord. Local integration of limbic information occurs by the interaction between the outputs from the stress-excitatory structures, the central (CeA) and medial (MeA) nuclei of amygdala and infralimbic cortex, and stress-inhibitory regions, hippocampus, prelimbic cortex. This information is then relayed to the primary stress effector sites, which modulate the activity of the HPA axis and probably also autonomic responses to stress.

What audience will learn?

Dr. Surendra Wadikar has M.B.B.S. and M.D. (Human Physiology) degree from Mumbai University. He has been involved in teaching undergraduate and post graduate medical students for last 20 years. Presently he is working as Professor (Additional) in Physiology at Topiwala National Medical College, Mumbai, under Maharashtra University of Health Sciences, India. His principle areas of research are neurophysiology especially stress physiology. He has published research articles in peer reviewed National and International journals. He has been invited as a speaker to many International Conferences. He has received several awards for excellence in medical education.